The Banksia might have a bit of a bad reputation since author May Gibbs made them her 'Bad Banksia Men' in her famous children's book, Snugglepot and Cuddlepie, but nothing could be further from the truth. In reality, the humble Banksia is a vitally important part of the Australian bush landscape, providing nectar and protective shelter for birds and small animals.

Banksia flowers are Inflorescent: that is, the flower head is made up of hundreds, if not thousands, of tiny flowers. This is a common characteristic of many flowers in the Proteaceae family, to which the Banksia belongs. Banksias make excellent cut flowers, as they have a long vase life and excellent range of colours and sizes. Their follicles (or 'Bad Banksia Men' seed pods) are also widely used by florists because of their unique and interesting form.

There are over 173 species of Banksia in Australia, with 60 species found in the southwestern region of the country alone. Many Banksias are yellow, such as the Wallum Banksia (Banksia aemula), which is a greeny-yellow colour, and native to the east coast of Australia as far south as Sydney up to Bundaberg in the north. It is similar to the more commonly known Old Man Banksia (Banksia Serrata), which has serrated leaves and a large, yellow flower head. Old Man Banksia is more widespread, being found along the coast of southern Queensland, eastern Victoria and the entire coast of New South Wales.

Of course, not all Banksias are yellow, and it is their variety in colour that makes them so versatile for the cut flower enthusiast. The Heath Banksia (Banksia ericifolia var. ericifolia) has an orange flower head that is longer and thinner than the Wallum Banksia, and has smaller, needle-like foliage. The Heath Banksia is an excellent choice for colder regions, as it is frost tolerant. It's also great for coastal areas, as it can tolerate salt spray.

Banksia hybrids are also popular, particularly "Giant Candles" (Banksia 'Giant Candles'), which is a hybrid of Banksia ericifolia and Banksia spinulosa var. collina. The flower heads of this hybrid can get as large as 40cm in length and are a deep orange colour, blooming from autumn until the end of winter. 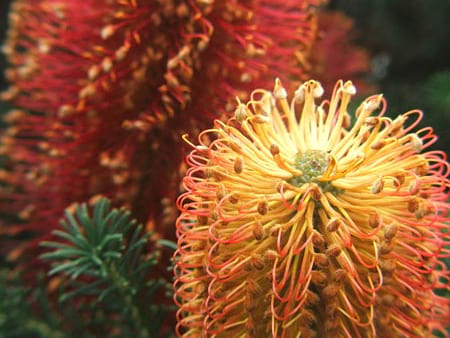 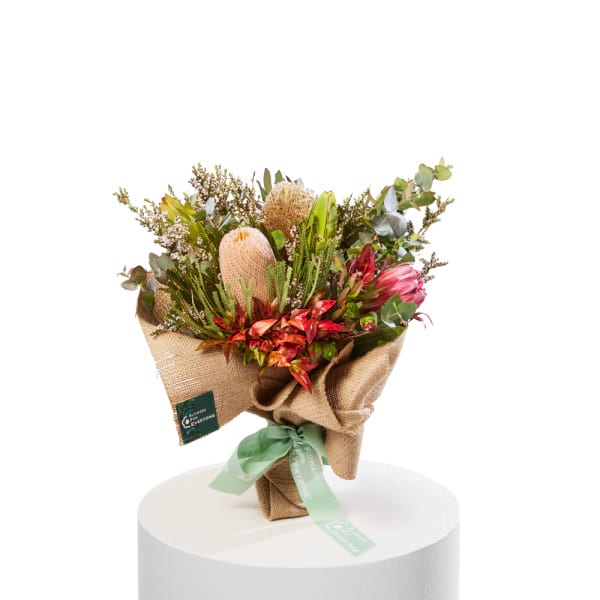 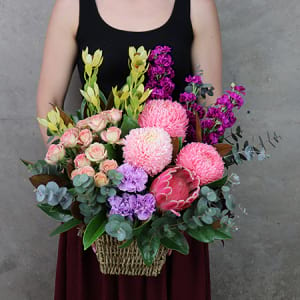 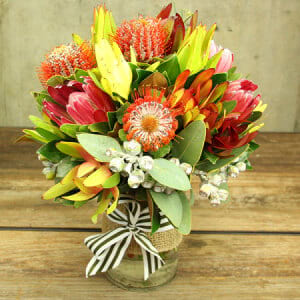 We are available to deliver Monday - Saturday. Order before 2pm on weekdays, and 12pm on Saturday AEST for convenient same day delivery.

Join our Flower Lovers Club & Save

Do you love flowers and gardening? Our beautiful blog is updated regularly with interesting flower trivia, gardening tips, competitions and creative inspiration.

Our Guarantee We guarantee to deliver the freshest flowers, on time, every time.

Our People Our team have been creating quality floral arrangements for over 20 years.

Our Stores We have four stores conveniently located in Sydney & Melbourne.