The fluffy yellow balls that are the flowers of the Wattle are the stuff of great sentiment to many Australians, so much so that during World War I, it was a common practice to place a sprig of Wattle inside letters to soldiers to remind them of home. Today, Golden Wattle (Acacia pycnantha) is the official floral emblem of Australia, and Wattle Day is celebrated on the 1st September each year.

Wattles are part of the Acacia genus, which belongs to the Mimosaceae family. Approximately 1350 species of Acacia can be found in the southern hemisphere, and of these, almost 1000 can be found in Australia, most of which are endemic, or native to Australia.

Wattle flowers form as either globular inflorescent - that is, they have many small flowers that look like one flower or cylindrical inflorescent forms. They mostly range from pale, creamy yellow to bright yellow, although more rarely, they can be purple (Purple-Flowered Wattle, or Acacia purpureapetala) or even blood red. This latter variation of Cinnamon Wattle (Acacia leprosa), known as 'Scarlet Blaze' was only discovered by bushwalkers in 1995, and needs to be propagated by cuttings rather than seeds to ensure its flowers stay scarlet, otherwise they bloom the usual yellow. It is native to woodlands in New South Wales and Victoria, and has been cultivated commercially since 2001. It also became the official floral emblem of Victoria's Centenary of Federation in the same year.

The perfume of wattles can vary from one species to the next, but those that do, such as Golden Wattle, have been also used in perfume making. As cut flowers, they only last 5-7 days, so it's best to choose a bunch that has only one third of half of the flowers open and buds that are generally yellow in colour. Avoid bunches that have wilted leaves or have any brown flowers. Commercially, wattles are available for most of the year, from January right through to the end of November.

Because there are so many varieties of wattle, it's good to choose a species that is native to your area if you want to grow them successfully in your own garden. This will ensure it is suited to your soil type and climate conditions. Size is also a factor. The tallest known species, White Marblewood (Acacia bakeri) has been known to grow to almost 50 metres in height, while the Snake Wattle (Acacia aculeatissima) only reaches a few centimetres. Most reach a shrub size of 3-4 metres, but care should be taken with some species, such as the Cootamundra Wattle (Acacia baileyana), which is becoming a pest in the outer Sydney area, where it can become quite large and invasive.

In their natural habitat, most wattles bloom during winter, bringing a burst of colour to the bush. Contrary to popular opinion, their heavy pollen-laden flowers are not a big risk to those who suffer from hay fever. 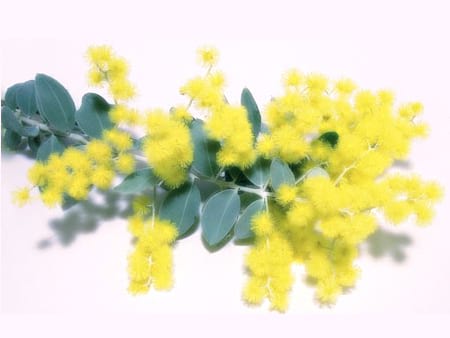