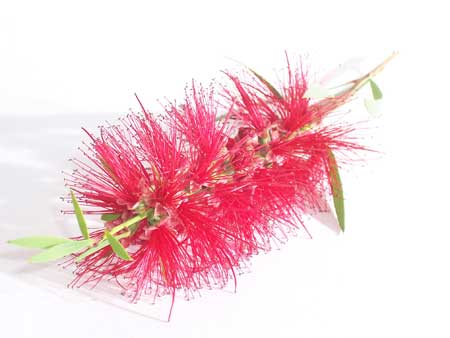 Over the last few decades, Australian native flowers have become increasingly popular among flower enthusiasts, and it's easy to see why. On the one hand, their distinctive look provides a depth and sophistication to any arrangement, while on the other, their incredibly diverse range of colours, textures and sizes ensures they will never become staid or predictable.

A Little Bit of Trivia About Our Most Popular Native Flowers...

If you're interested in knowing more about the range of Australian native flowers most readily available for purchase, or would even like to grow some in your own garden, it pays to know a little about where they come from, what type of conditions they thrive on, and what their main characteristics are.

A great example of an Australian native flower is, of course, the gum flower, or Eucalypt, one type of which were famously the inspiration of May Gibbs' gumnut flowers characters, "Snugglepot and Cuddlepie".

Another large family of flowering plants is the <ahref="/flowers/proteaceae.shtml">Proteaceae family, which is found predominantly in Australia, as well as the southern regions of Africa. Flowers from this family tend to be inflorescence that is, many small flowers packed into a large head. One of the most stunning examples is the pink and light yellow Pin Cushion Hakea (Hakea laurina), which, as its name suggests, looks like a pin cushion, complete with pins.

Flowers from the Proteaceae family are incredibly diverse, and include the Banksia range of flowers, such as the red and yellow Hairpin Banksia (Banksia spinulosa) and the yellow Coastal Banksia (Banksia integriflora), a wide range of Grevilleas, such as the yellow Silky Oak (Grevillea robusta) and bright pink Prickly Grevillea (Grevillea juniperina) and, of course, the state flower of New South Wales, the Warratah (Telopea speciosissima).

The Boronia family is also contains a wide variety of plants. Boronias from the East of Australia tend to have delicate four, or in some cases, five petals. Of course, because Boronias hail from all over the country, this is not a strict rule, and in fact, the most widely used Boronia for cut flowers, Rock Thryptomene (Thryptomene Saxicola), has small, bright pink flowers that have five, rounded petals. The flowers of Rock Thryptomene are small, but usually amass, making them particularly useful when you need something delicate for your arrangements.

Another Australian native flower that makes an excellent addition to larger bouquets is Golden Wattle (Acacia pycnantha), the official floral emblem of Australia. Part of the Acacia family, Golden Wattle is perhaps the most popular of this diverse group of plants because of its prolific blooms of small Inflorescent, bright yellow flowers in later winter and spring. Golden Wattle has a wonderful aroma, so much so that it has also been used for making perfumes as well as being used in flower arrangements. In the garden, it is a relatively easy tree to grow, as long as it is in a mostly temperate climate and has good drainage, and will grow up to 8 metres in height.

Sturt's Desert Rose (Gossypium sturtianum), the official flower of the Northern Territory, is a delicate and interesting small shrub that grows in many of the arid regions of the Northern Territory, Western New South Wales, Western Queensland, north-Eastern South Australia and in the northern regions of Western Australia. The small, pink, five-petal flowers have a red centre, giving it a stunning contrast. Sturt's Desert Rose makes an excellent gift as a living, potted plant, more so than a cut flower, as they close soon after cutting. They can be easily propagated from either seed or cutting, and are a low-maintenance addition to dryer climate gardens.

Hailing from the southwest of Western Australia, the Kangaroo Paw is one of the most popular Australian native flowers, and is a popular export also. There are 11 species of Kangaroo Paw, which belong to the Anigozanthos genus. They are popular as cut flowers both because of their stunning red buds and their adaptability to a variety of habitats and soil types. One of the more widely used varieties for cut flowers is the Tall Kangaroo Paw (Anigozanthos flavidus), which adapts well to a wide range of soil types and conditions, and has a wide range of flowers colours.

Did you Know Australia has Native Orchids?

Mention must be made of Australia's wonderful range of orchids. Native orchids come in a huge range of colours, shapes and sizes, from the yellow cascading Dendrobium Midas Touch, to the regal Dendrobium kingianum. Australian native orchids make wonderful gifts, particularly those that are mounted. They require only a few special conditions to grow, such as plenty of direct winter sunlight for a good spring bloom, and good moisture. The four main groups of Australian orchids include:

Australian native flowers offer a world of creativity and beauty, and we're sure once you start arranging or growing them, you'll want to keep on exploring.