There are around 80 species of Pimelea within the Thymelaeceae family, most of which are native to Australia, and some to New Zealand. Several species are used as cut flowers, the most popular of which are Pimelia physodes, Pimelia nivea and Pimelea ferruginea.

Pimelia physodes is by far the most sought after of the Pimelia species as a cut flower. It has large, pendant-shaped flower heads of pale pink with golden green tips that almost look like delicate leaves. In the past, Pimelia physodes has been over-picked in the bush, leading to depleted sources and increased protection. However, in recent years there has been more success with its cultivation, and it should be more readily available in the years to come.

Pimelia nivea is a very popular cut flower. It is fragrant and colourful, and acts well as a filler in many styles of arrangements. Its foliage consists of glossy dark green leaves that are silver in appearance underneath. The flowers grow at the end of the stems and are white in colour, blooming from spring until the end of summer.

The Pink Rice Flower (Pimelea ferruginea) is perhaps the most widely used and most prolifically cultivated of all the Pimelia species. It has long stems with compact, opposite leaves that are dark green in colour and glossy. At the tip of this stem sits the compact, pink flower, which is beautifully contrasted against the green foliage.

Primelia are relatively easy to grow in the garden, although conditions vary from one species to the next. Generally, they require a well-drained soil, and the Pink Rice Flower will also tolerate coastal areas. 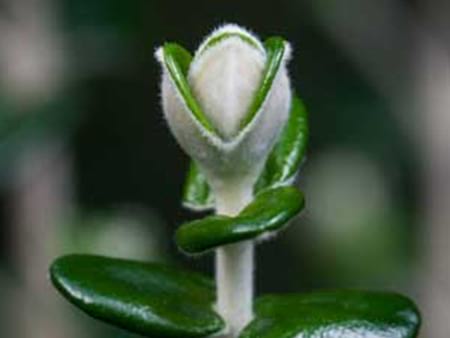