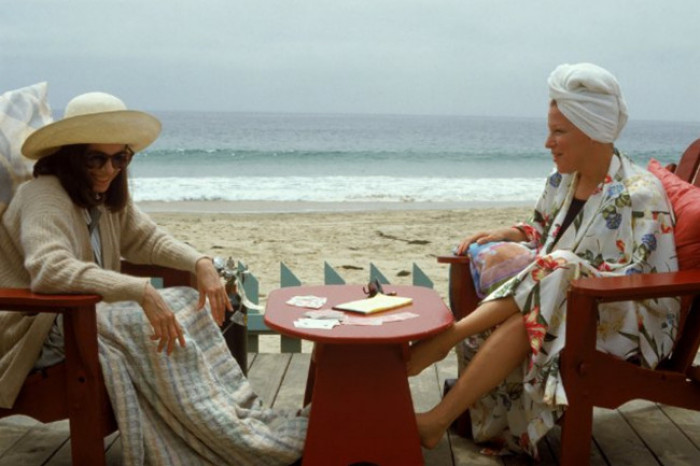 Mother’s Day picnics are great. But so is lying on the couch watching a good movie. Which mums don’t get to do very often. So why not snuggle under a blanket on the couch all together with some chocolate and cups of tea, and have a movie marathon? Mum’s choice of movies of course. Here are some of our suggestions for the best Mothers Day movies to look for in your local DVD store.

Plus check out these other classic recommendations for a Mothers Day movie list below. We confess, many of them are tear jerkers, some you may have already seen a hundred times. 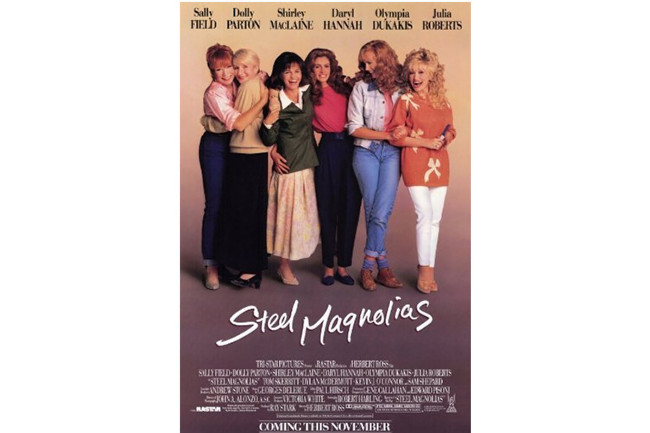 The movie that shot Julia Roberts to fame. Also starring big Hollywood names Shirley MacLaine, Olympia Dukakis and Sally Field. And one that requires a box of tissues. Revolving around Truvy’s Beauty Parlor in a small parish in modern-day Louisiana, STEEL MAGNOLIAS is the story of a close-knit circle of friends whose lives come together there. (172 mins)

Steel Magnolias is a 1989 American comedy-drama film directed by Herbert Ross that stars Sally Field, Shirley MacLaine, Olympia Dukakis, Dolly Parton, Daryl Hannah and Julia Roberts.
The film is about the bond among a group of women from a parish in the Natchitoches, Louisiana, area. The movie is based on a 1987 play Steel Magnolias by Robert Harling, which in turn dealt with the playwright’s experience with the death of his sister.
The title suggests the main female characters can be as delicate as magnolias, but are as tough as steel. The magnolia specifically references a magnolia tree they are arguing about at the beginning. – lankalion

In this melodrama, a poverty-stricken woman raises her sons through many trials and tribulations. But no matter the struggles, always sticks to her own moral code. (172 mins.)

Mother India (Hindi: मदर इंडिया, Urdu: مدر انڈیا) is a 1957 Hindi film epic, written and directed by Mehboob Khan and starring Nargis, Sunil Dutt, Rajendra Kumar and Raaj Kumar. The film, a melodrama, is a remake of Mehboob Khan’s earlier film, Aurat (1940). It is the story of a poverty-stricken village woman named Radha who, amid many other trials and tribulations, struggles to raise her sons and survive against an evil money-lender. Despite her hardship, she sets a goddess-like moral example of what it means to be an Indian woman, yet kills her own criminal son at the end for the greater moral good. She represents India as a nation in the aftermath of independence.
The film ranks among the all-time Indian box office hits and has been described as “an all-time Indian blockbuster” and “perhaps India’s most revered film”. The film won the National Film Award for Third Best Feature Film in 1958. Mother India belongs to a small collection of films, including Kismet (1943), Mughal-e-Azam (1960) and Sholay (1975) which continue to be watched daily throughout India and are considered to be definitive Hindi cultural film classics. The film was India’s first submission for the Academy Award for Best Foreign Language Film in 1958 and was chosen as one of the five nominations for the category.  – lankalion

A recently widowed woman is on the road with her precocious young son, determined to make a new life for herself as a singer. (112 mins.)

Alice Doesn’t Live Here Anymore is a 1974 American drama film directed by Martin Scorsese and written by Robert Getchell. It stars Ellen Burstyn as a widow who travels with her preteen son across the American Southwest in search of a better life, along with Alfred Lutter as her son and Kris Kristofferson as a man they meet along the way. This is Martin Scorsese’s fourth film. The film co-stars Billy Green Bush, Diane Ladd, Valerie Curtin, Lelia Goldoni, Lane Bradbury, Vic Tayback, Jodie Foster (in one of her earliest movie appearances), and Harvey Keitel.
Ellen Burstyn won the Academy Award for Best Actress and the BAFTA Award for Best Actress in a Leading Role for her performance, and the film won the BAFTA Award for Best Film.  – lankalion

Aurora and Emma are mother and daughter who march to different drummers. Beginning with Emma’s marriage the movie follows hard-to-please Aurora looking for love and her daughter’s family problems. (132 mins.) 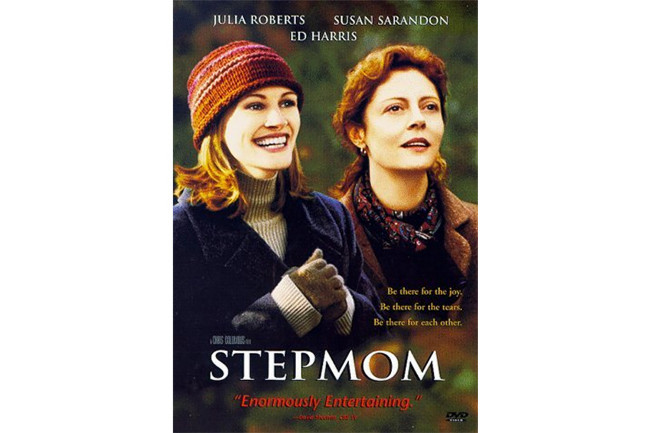 A terminally ill mother has to settle on the new woman in her former husband’s life who will be their stepmother. (124 mins.)

Birdee Calvert must choose between her morals and her heart after her husband divorces her and a charming young man, who her daughter disapproves of, comes back into her life.(114 mins.)

Hope Floats is a 1998 American romantic drama film directed by Forest Whitaker, and starring Sandra Bullock, Harry Connick, Jr. and Gena Rowlands.
Birdee (Sandra Bullock) is an unassuming housewife whose life is disrupted when her husband (Michael Pare) reveals his infidelity to her on a Ricki Lake-style talk show. She goes home to her mother and the small town in which she grew up where everyone knows of her televised marital collapse. Things only get worse as a family tragedy brings her ex-husband back for an official divorce. Meanwhile an old friend, Justin (Harry Connick Jr.), has entered her life, sparking a romance. While Justin’s intentions are clear and good, Birdee struggles with the decision to let him fully into her life.  – lankalion

A low-class woman is willing to do whatever it takes to give her daughter a socially promising future. (106 mins.)

Stella Dallas is a 1937 American film based on the Olive Higgins Prouty novel of the same name. It was directed by King Vidor, and stars Barbara Stanwyck, John Boles, and Anne Shirley. Stanwyck was nominated for Best Actress in a Leading Role, and Shirley for Best Actress in a Supporting Role. The film was selected for preservation in the United States National Film Registry.  – lankalion

8. Places of the Heart

In 1930’s Southern US, a widow and her family try to run their cotton farm with the help of a disparate group of friends. (111 mins.)

Places in the Heart is a 1984 drama film that tells the story of a Texas widow who tries to keep her farm together with the help of a blind white man and an African-American man during the Great Depression. It stars Sally Field, Lindsay Crouse, Ed Harris, Amy Madigan, John Malkovich, Danny Glover, and Terry O’Quinn.
The film was written and directed by Robert Benton and filmed in Waxahachie, near Dallas, Texas. – lankalion

A mother has to make a very difficult decision. (150 mins.)

Sophie’s Choice is a 1982 American romantic drama film that tells the story of a Polish immigrant, Sophie, and her tempestuous lover who share a boarding house with a young writer in Brooklyn. The film stars Meryl Streep, Kevin Kline, and Peter MacNicol. Alan J. Pakula directed the movie and wrote the script from a novel by William Styron, also called Sophie’s Choice.
This is widely regarded as one of Meryl Streep’s finest performances[according to whom?], and it won her the Academy Award for Best Actress. The film was nominated for Best Cinematography (Néstor Almendros), Costume Design (Albert Wolsky), Best Music (Marvin Hamlisch), and Best Writing, Screenplay Based on Material from Another Medium (Alan J. Pakula). – lankalion 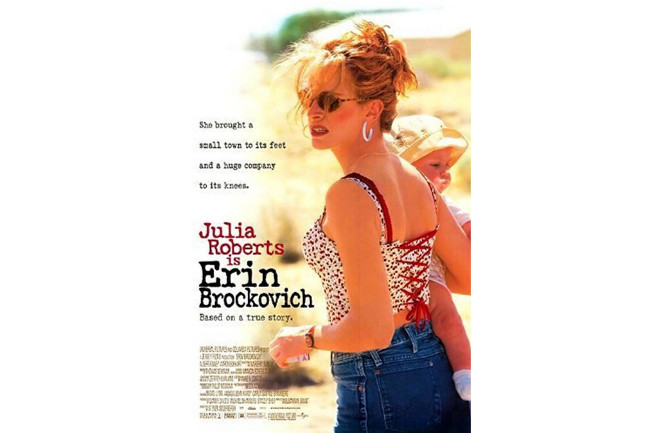 Erin Brockovich is a 2000 biographical film directed by Steven Soderbergh. The film is a dramatization of the story of Erin Brockovich, played by Julia Roberts, who fought against the US West Coast energy corporation Pacific Gas and Electric Company. Roberts won the Academy Award, Golden Globe, Screen Actors’ Guild Award and BAFTA for Best Actress. The film itself was also nominated for Best Picture and Best Director for Steven Soderbergh at the 73rd Academy Awards. It is based on a true story, and the real Erin Brockovich has a cameo appearance around 9’10” as a waitress named Julia, her first name being Roberts’ first name.  – lankalion 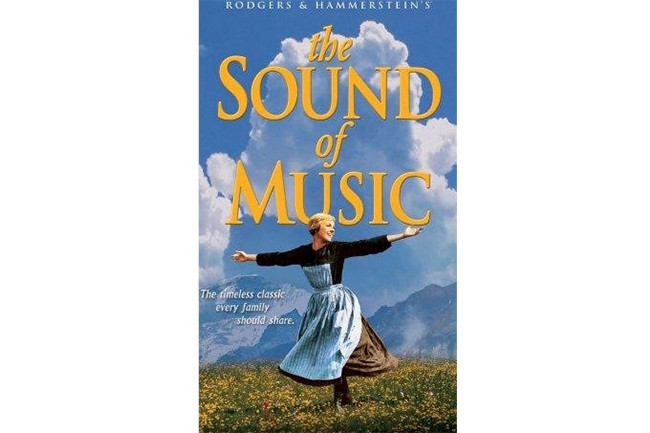 A woman leaves an Austrian convent to become a governess to the children of a Naval officer widower. (174 mins.)

Rodgers and Hammerstein’s The Sound of Music is a 1965 American musical film directed by Robert Wise and starring Julie Andrews and Christopher Plummer. The film is based on the Broadway musical The Sound of Music, with songs written by Richard Rodgers and Oscar Hammerstein II, and with the musical book written by the writing team of Howard Lindsay and Russel Crouse. Ernest Lehman wrote the screenplay. The musical originated with the book The Story of the Trapp Family Singers by Maria von Trapp. It contains many popular songs, including “Edelweiss”, “My Favorite Things”, “Climb Ev’ry Mountain”, “Do-Re-Mi”, “Sixteen Going on Seventeen”, and “The Lonely Goatherd”, as well as the title song.
The movie version was filmed on location in Salzburg, Austria; Bavaria in Southern Germany; and at the 20th Century Fox Studios in California. It was photographed in 70mm Todd-AO format by Ted D. McCord. It won a total of five Academy Awards including Best Picture and displaced Gone with the Wind as the highest-grossing film of all-time. The cast album was also nominated for a Grammy Award for Album of the Year.  – lankalion

Based on the Broadway hit about the life and times of burlesque dancer Gypsy Rose Lee and her aggressive stage mother, Mama Rose. (143 mins.)

Gypsy is a 1962 American musical film produced and directed by Mervyn LeRoy. The screenplay by Leonard Spigelgass is based on the book of the 1959 stage musical Gypsy: A Musical Fable by Arthur Laurents, which was adapted from Gypsy: A Memoir by Gypsy Rose Lee. Stephen Sondheim wrote the lyrics for songs composed by Jule Styne. The film was remade for television in 1993.  – lankalion 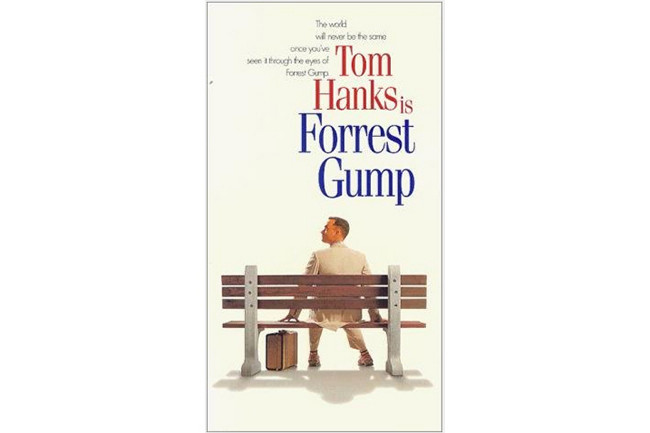 Forrest Gump, while not intelligent, has accidentally been present at many historic moments, but his true love, Jenny Curran, eludes him. (142 mins.)

Forrest Gump is a 1994 American epic comedy-drama romance film based on the 1986 novel of the same name by Winston Groom. The film was directed by Robert Zemeckis, starring Tom Hanks, Robin Wright and Gary Sinise. The story depicts several decades in the life of Forrest Gump, a naïve and slow-witted native of Alabama who witnesses, and in some cases influences, some of the defining events of the latter half of the 20th century.

The film differs substantially from Winston Groom’s novel on which it is based, including Gump’s personality and several events that were depicted. Filming took place in late 1993, mainly in Georgia, North Carolina and South Carolina. Extensive visual effects were used to incorporate the protagonist into archived footage and to develop other scenes. A comprehensive soundtrack was featured in the film, using music intended to pinpoint specific time periods portrayed on screen. Its commercial release made it a top-selling soundtrack, selling over 8 million copies worldwide.
Released in the United States on July 6, 1994, Forrest Gump was well-received by critics and became a commercial success as the top grossing film in North America released that year.

The film earned over $677 million worldwide during its theatrical run. The film won the Academy Awards for Best Picture, Best Director for Robert Zemeckis, Best Actor for Tom Hanks, Best Adapted Screenplay, Best Visual Effects and Best Film Editing. It also garnered multiple other awards and nominations, including Golden Globe Awards, People’s Choice Awards and Young Artist Awards, among others. Since the film’s release, varying interpretations have been made of the film’s protagonist and its political symbolism. In 1996, a themed restaurant opened based on the film, and has since expanded to multiple locations worldwide. The scene of Gump running across the country is often referred to when real life people attempt the feat. In 2011, the Library of Congress selected Forrest Gump for preservation in the United States National Film Registry as being “culturally, historically, or aesthetically significant.  – lankalion

So there you have it. A selection of (mainly tear jerker) films to put on the Mothers Day movie list marathon this Sunday 8th May.