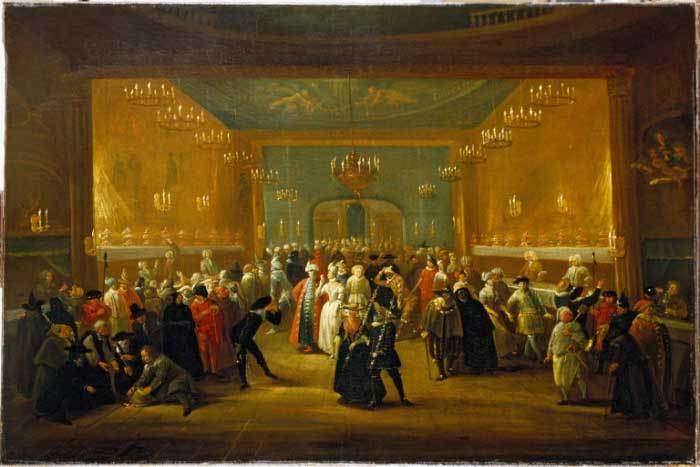 Venetian Giacomo Casanova was an Italian adventurer and author famous for his often complicated and elaborate afffairs with women, earning him a reputation as a womaniser that still remains centuries later. Yet he was so much more than that.

According to the Smithsonian Magazine, “His many achievements would put the likes of Hugh Hefner to shame”.

“He hobnobbed with Voltaire, Catherine the Great, Benjamin Franklin and probably Mozart; survived as a gambler, an astrologer and spy; translated The Iliad into his Venetian dialect; and wrote a science fiction novel, a proto-feminist pamphlet and a range of mathematical treatises. He was also one of history’s great travellers, crisscrossing Europe from Madrid to Moscow”.

“And yet he wrote his legendary memoir, the innocuously named Story of My Life, in his penniless old age, while working as a librarian at the obscure Castle Dux, in the mountains of Bohemia in the modern-day Czech Republic”. (1)

When he died, Casanova had no idea whether his memoir would even be published. In fact, when it finally did emerge in 1821 in a heavily censored version, it was denounced from the pulpit and placed on the Vatican’s Index of Prohibited Books. Oom-ah!

The miracle of Casanova’s manuscript lies in its tale of survival over the centuries and its escape from destruction in World War II.

In 1943 an Allied bomb landed on the publishers office, yet it miraculously survived. The family secreted it by bicycle across Leipzig and placed the precious manuscript in a bank security vault. When the U.S. Army occupied the city in 1945, even Winston Churchill inquired after its fate. Reunited with its owners, the first uncensored edition was published in 1960 in French, during a time of major sexual revolution.

Now housed in the Bibliothèque nationale de France in Paris, this reverence and treatment of his manuscript as a sacred relic would have made Casanova roll over in his grave and do a little happy dance. Often dismissed as a frivolous sexual adventurer, a cad and a wastrel, his hilarious, provocative, philosophical and (still) shocking memoir provides an amazing window into authentic 18th century life.

“Apart from the more than 120 notorious love affairs with countesses, milkmaids and nuns which take up about a third of the book, the memoir includes escapes, duels, swindles, stagecoach journeys, arrests and meetings with royals, gamblers and mountebanks”, explains the Smithsonian Magazine. (1)

Even in today’s modern thinking world some extracts still raise eyebrows, especially the pursuit of very young girls and an interlude of incest. Attitudes towards these behaviours were tolerated quite differently in the 18th century!

“He would have been surprised to discover that he is remembered first as a great lover,” says Tom Vitelli, a leading American Casanovist. “Sex was part of his story, it was incidental to his real literary aims. He only presented his love life because it gave a window onto human nature.”

Mostly identified as a famous lover who romanced women all over Europe in the 18th century, Casanova was also a revolutionary thinker, food-writer, kaballist shaman, and bisexual traveller. Below are some interesting insights into this remarkable man’s life by author of ‘Casanova’ by Ian Kelly.